The Berkeley High Jacket is the award-winning student newspaper of Berkeley High School (BHS). The paper is published every other Friday, and includes five sections that cover local events at the high school and current issues in the world. The name of the paper is taken from the BHS mascot, the yellowjacket.

The staff of the Jacket is made up of more than one hundred student editors, writers, photographers, illustrators, and columnists; as well as one faculty advisor who advises staff on ethical and journalistic matters, and acts as the Jacket‘s representative to the administration.

The Jacket is the recipient of numerous awards, the most prestigious being from the Society of Professional Journalists for a story that Jacket journalists Megan Greenwell and Iliana Montauk broke about a sex trafficking ring involving a prominent Bay Area landlord. Other awards include Gold Crowns, Gold Medals, and Silver Crowns from the Columbia Scholastic Press Association, and Pacemakers from the National Scholastic Press Association. The latter is considered by some to be “the Pulitzer Prize of student journalism.” 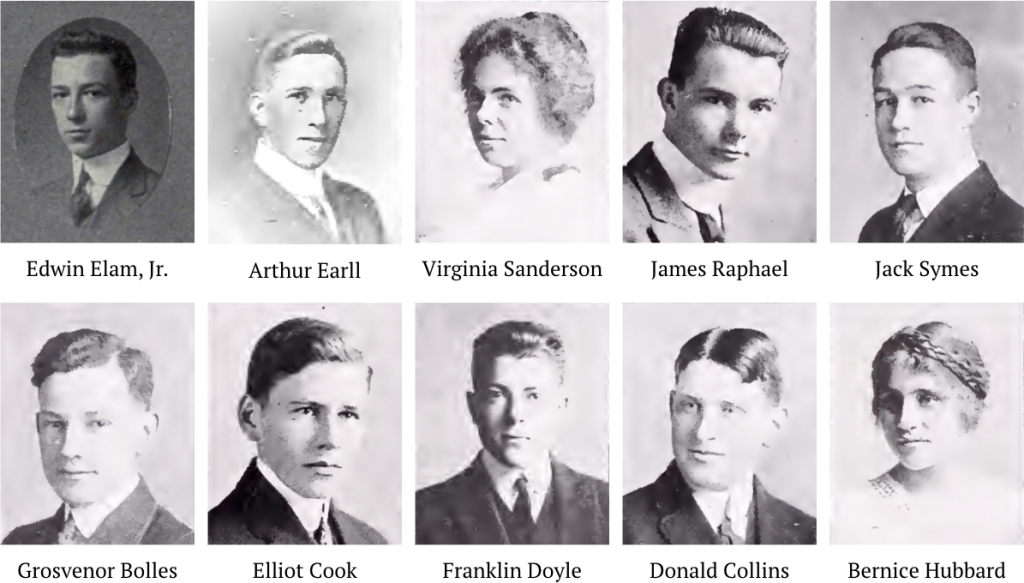 The Jacket was established in 1912 as The Berkeley High School Weekly News. The earliest surviving issue of The Weekly News is from October 7, 1912 and a copy from the Berkeley Public Library’s archive can be read online here.

Edwin Madison Elam, Jr. was The Weekly News‘ founder and first editor when he attended BHS in the class of 1913. He went on to attend the University of California at Berkeley, and graduated in 1917. During his time at UC Berkeley, he worked at The Daily Californian, was a member of the debate club, and on the staff of the Blue & Gold yearbook. Tragically, he was killed in action at the Forest of Argonne during World War I on October 11, 1918, less than a year after his commencement. Above are pictures of the 1912 staff of The Weekly News, obtained from an early copy of Olla Podrida, the BHS yearbook.